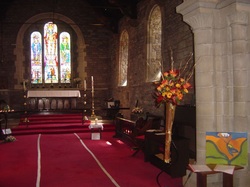 I started painting in 2006. My first painting of "Mary Victorious" was exhibited in the Artio Art Gallery in Granville, Ohio near my hometown. It now hangs in The St. Peter & St. Paul's Youth Retreat Hall in Thornville, Ohio.  It was a painting of a cameo of Mary Mother of Jesus crushing Satan the serpent under her feet and upholding the Cross. In my eyes it represents The Bride of Christ Victoriously shining in carrying out  His Glorious Plan of Redemption.

My first prophetic artwork was inspired in 2011 when I was asked to fill in for a prophetic artist named Lindsey. She prayed for me to be anointed to paint that day in her place during the Border Prayer Walk  prayer vigil at St. Thomas Church, Monmouth, Wales. This painting is shown in the photo on the left, Go to my Blog tab above or (google: anointed artist at blogspot.com) for the prophetic message that accompanies this painting.  Since then I have attended workshops with other Prophetic Artists and held informal workshops to teach others this form of expression which I call Prayerful Art.

Before I undertake each work of art, I pray for wisdom and ask The Holy Spirit to express Himself through my words, thoughts, and artwork. Sometimes the artwork is for an individual or a group of people.  Sometimes a verse of scripture springs to mind as the inspiration of the vision. At other times, I just pick up the brush and start painting whatever comes to the forefront of my mind which I also refer to as The Eyes of The Heart wherein lies truth revealed. 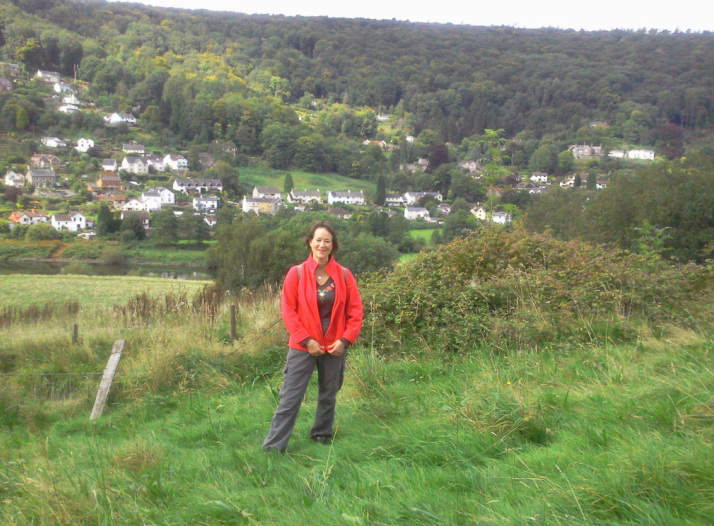